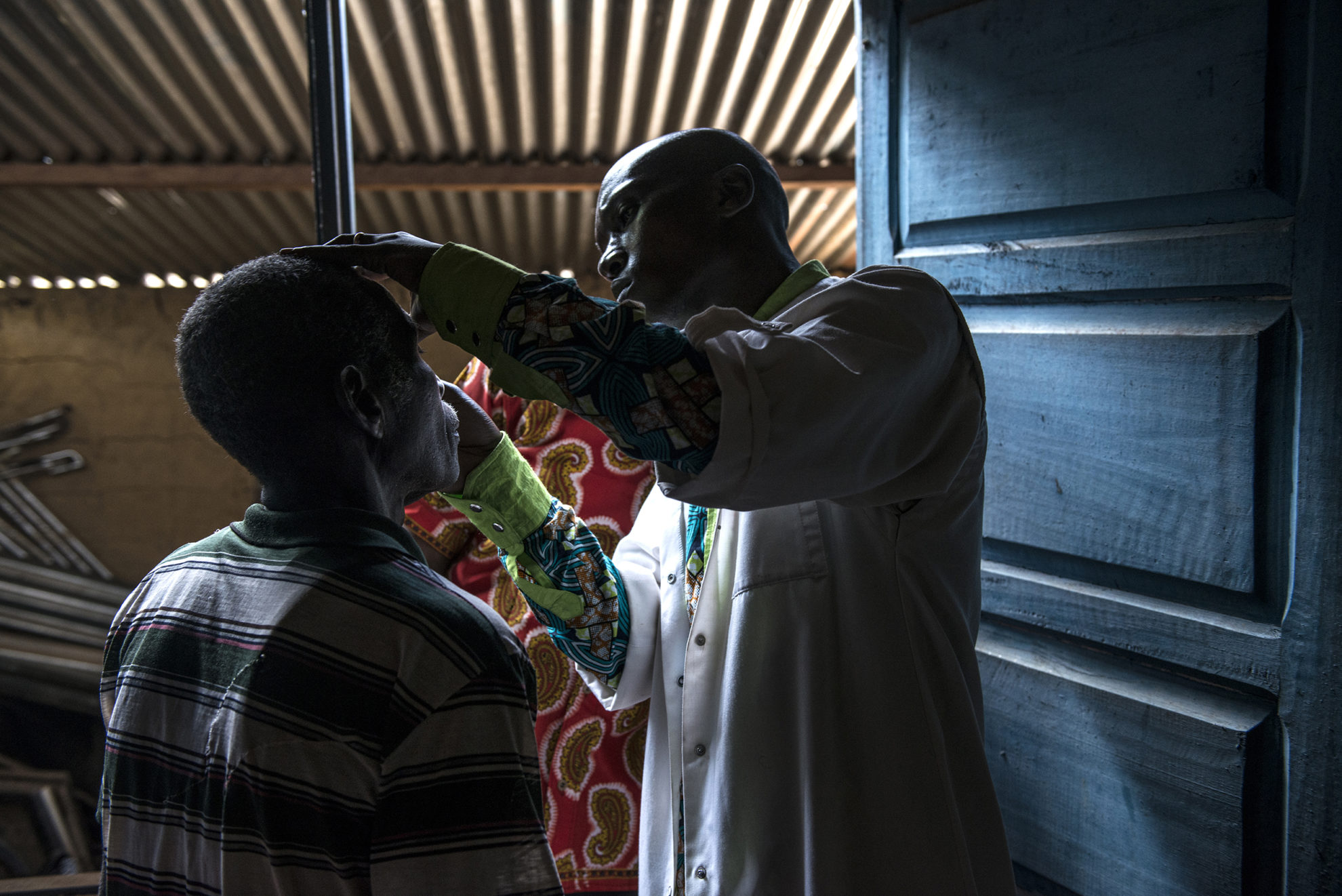 Filarial diseases are a debilitating group of diseases caused by parasitic worms transmitted by the bite of blood-feeding insects. People are infected with river blindness (also known as onchocerciasis) by repeated exposure to blackflies infected with Onchocerca volvulus worms and breeding in fast-flowing rivers.

River blindness is not usually fatal, but it inflicts hardship and misery on millions of people. In the human body, the adult worms produce embryonic larvae (microfilariae) that migrate to the skin, eyes and other organs. The worms can cause severe itching, disfiguring skin lesions, and repeated infection can lead to impaired vision or even blindness.

Epidemiological data: the disease in numbers

About 205 million people
at risk

The current approach for river blindness is based on the mass distribution of preventive chemotherapy, which has been successful in reducing the prevalence of the disease. But these treatments need to be repeated annually or biannually for many years because they only kill juvenile worms, not adult worms, which can live for more than 10 years in the human body. There are also major gaps in treatment coverage in regions where people are co-infected by both river blindness and Loa loa, another filarial disease also known as ‘African eye worm’. The current treatment cannot be used in these settings because it can cause a potentially fatal inflammatory reaction in people with the co-infection.

DNDi aims to deliver a safe, effective, affordable, and field-adapted drug that can kill adult filarial worms (a ‘macrofilaricide’) and be used for prevention or individual treatment.